Made from sustainable fibersfibers, our sheets give you that soft, silky feeling of sinking into luxury

Made from silky TENCEL™ branded materials

A cooling touch with high permeability and ventilation

300TC per sq inch of the silkiest natural fibers

"These are the softest, silkiest sheets I've slept in! The best part, they don't pill like other regular TENCEL sheets!"

What's the difference between cotton and TENCEL™ Lyocell sheets?

Let’s remove the fluff and talk facts. Explore the science behind the materials and pick the right sheets for you.

All Kapas bedsheets are certified Standard 100 by OEKO-TEX®, meaning you’re sleeping on sheets that are completely free from harmful substances.

Oeko-Tex® is a globally recognised third-party institution which certifies that textiles are free from harmful substances. Feel free to check our OEKO-TEX cert 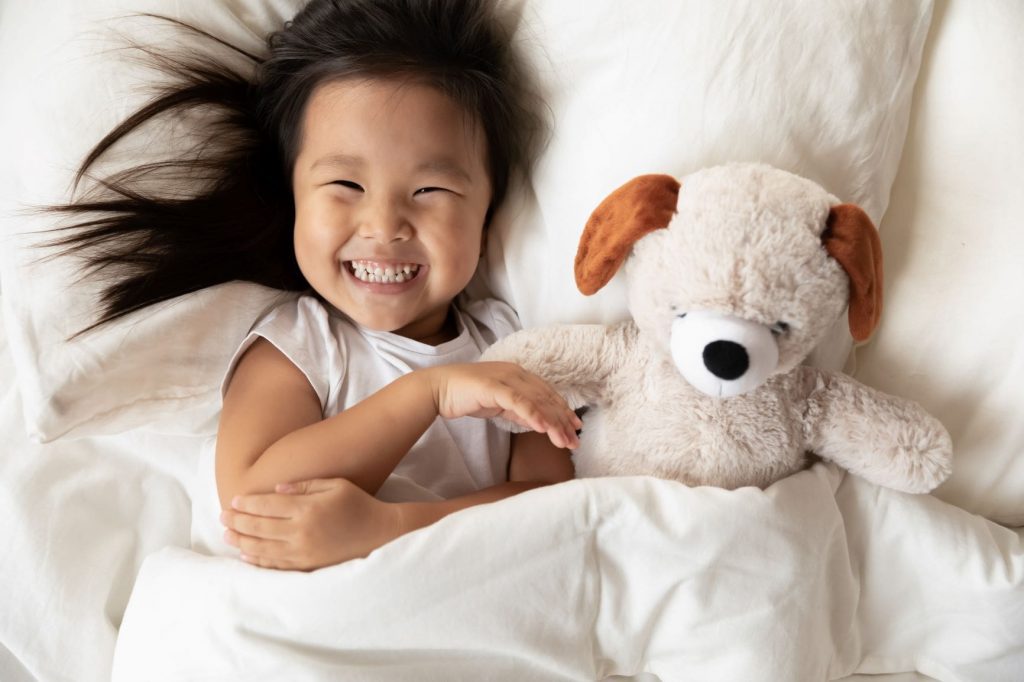 We have spent many sleepless nights on the design so that you won't have to!

No matter which sheet you pick – our designs are uniquely practical and stylish. Incorporating international designs and innovation, you’ll find yourself falling in love with our Kapas sheets over and over again 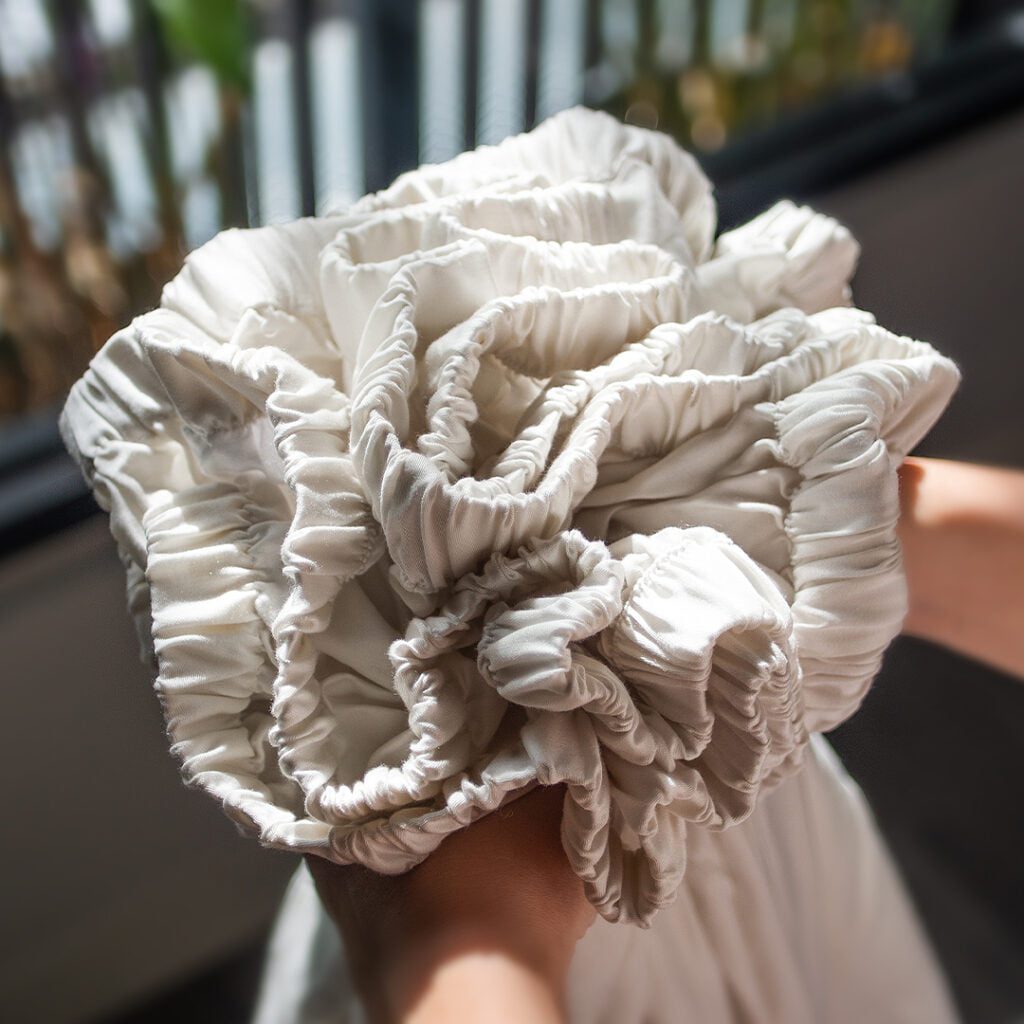 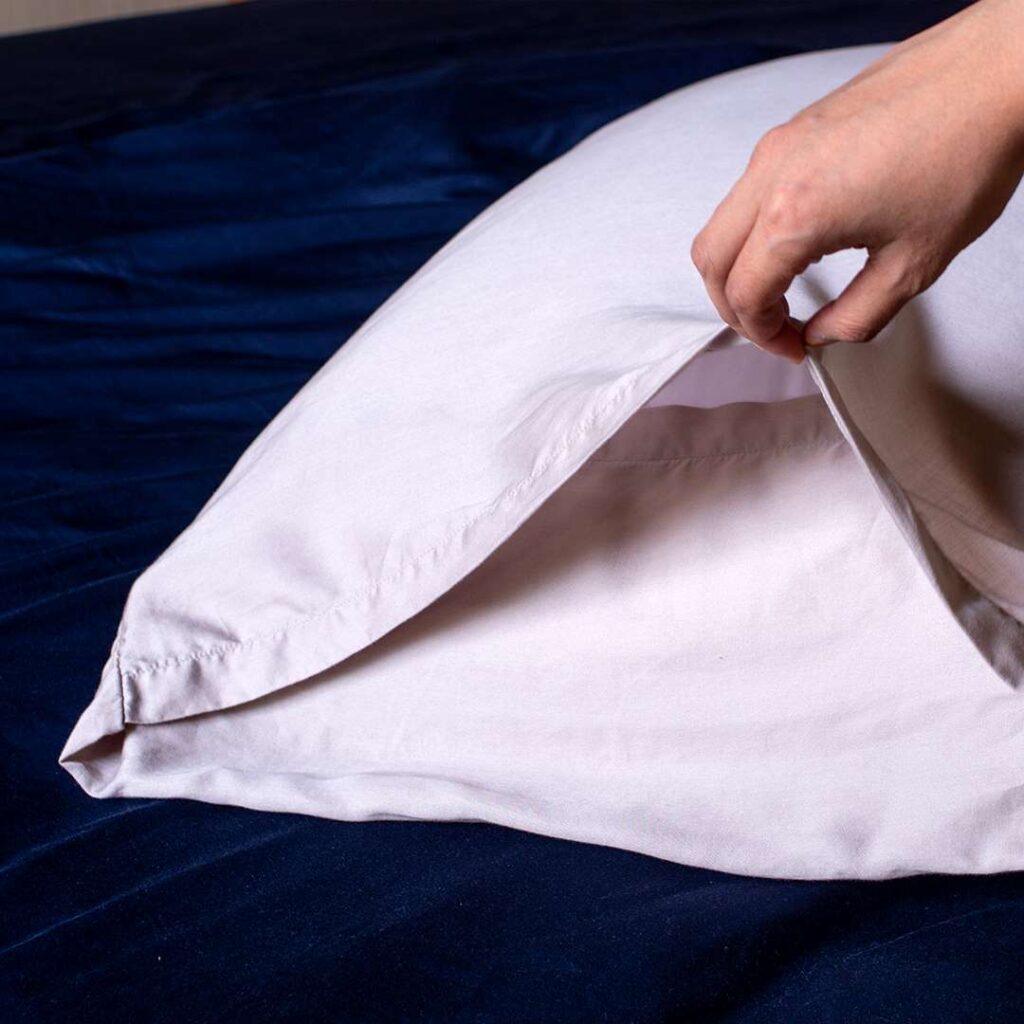 A longtime customer request – our buttons are bigger, easier to use, and less likely to come undone 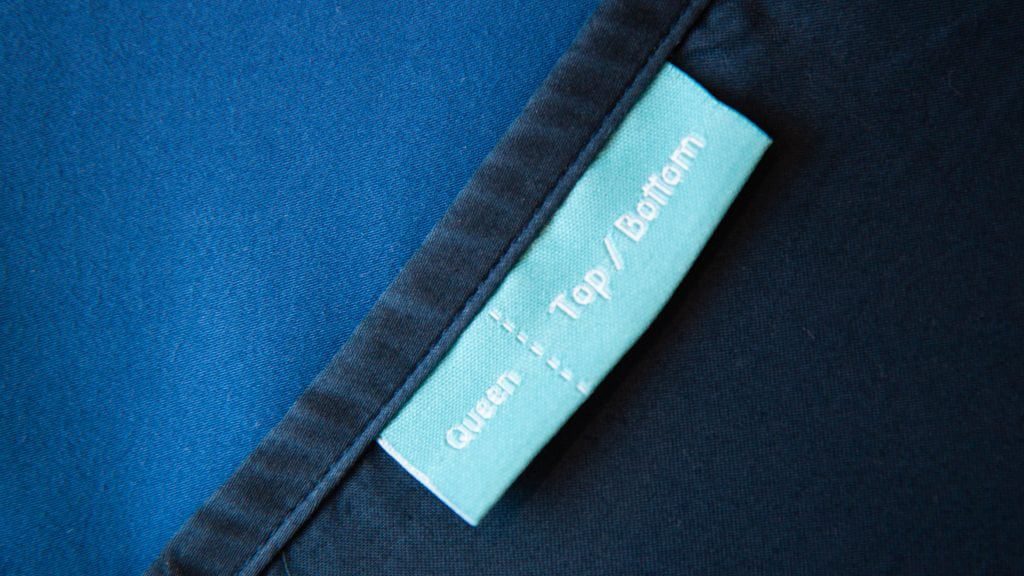 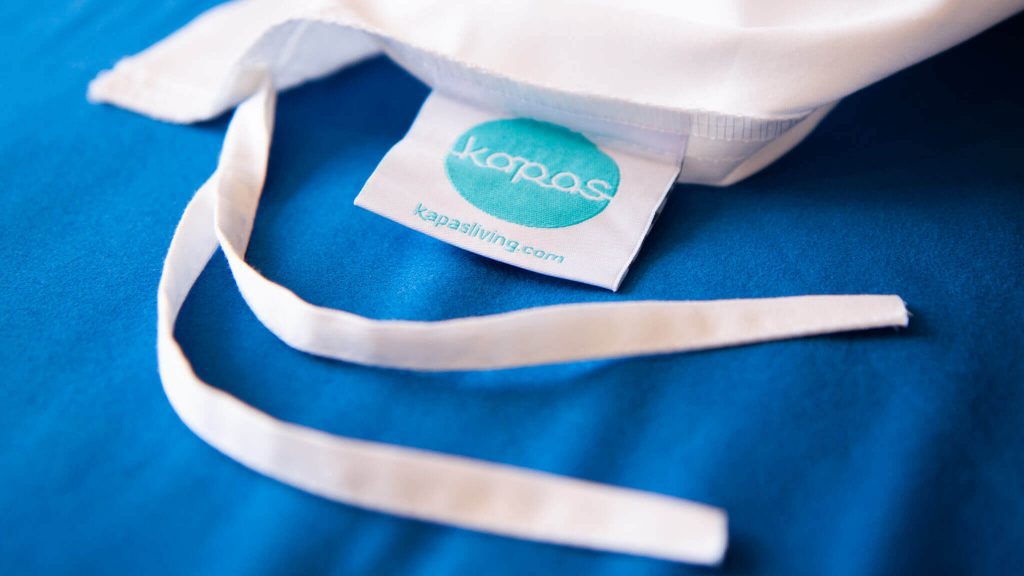 Longer, stronger, and easier to find – our duvet cover ties keep comforters in their place. 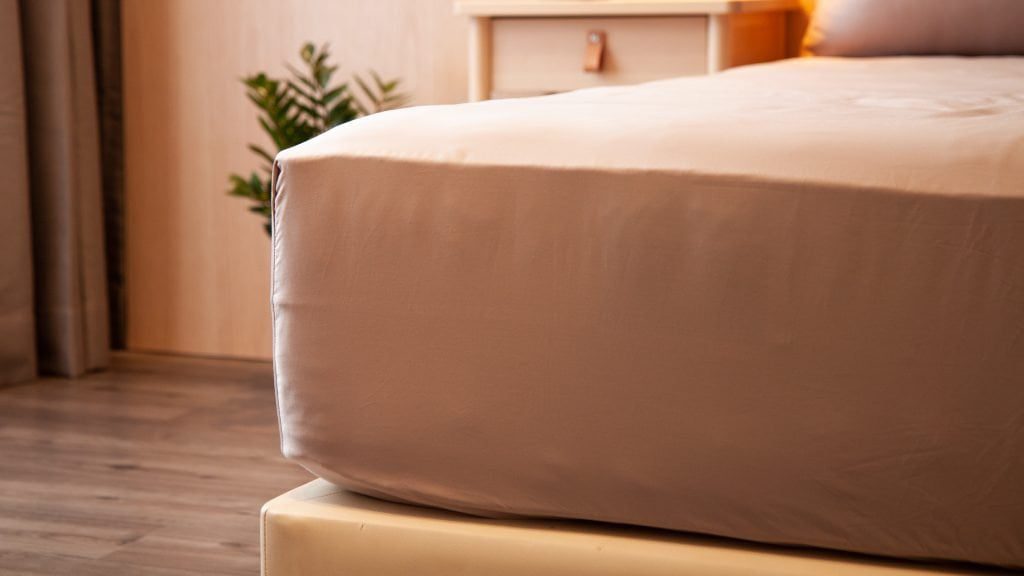 How deep are your fitted bed sheets?

How do I wash my bedding?

Answer: Kapas sheets will get softer and better with every wash. Machine wash in cool to warm water that’s less than 40°C with like colours and fabrics, using a small amount of good quality liquid detergent (usually around half of the recommended detergent amount). Avoid using fabric softeners and chlorine bleach. For more information on product care please see our Care Guide.

How do I dry my bedding and bed sheets?

Answer: We highly recommend line drying for our sheets. Although not ideal, you can also tumble dry tencel bedding using a low heat setting to prevent shrinkage. We also recommend removing the sheets before the cycle ends and shaking out the creases (much easier when the sheets are still a little damp!).

How do I store my bedding and when should I replace them?

Answer: Replace sheets when they show obvious signs of ageing such as fraying, stains or fading colour. Pillowcases will require more frequent replacement. To extend the life of your sheets, store them out of sunlight, in a cool, dry area and not in plastic containers which promote yellowing and mildew. To keep your linen cupboard neat and finding sheets a breeze, store each set in its matching pillowcase.

How long will my order take to arrive?

Answer: If all your bedding orders are in stock, we’d be able to send you an order confirmation email within 30 minutes and will ship out the product the next working day. The tracking code is usually SMS'ed by our logistic partners, but we can also send the tracking link upon request. The order(s) should reach you within 5 working days for West Malaysia and it usually takes 1-2 business days post dispatch for Klang Valley residents, although it varies. For Singapore and East Malaysia residents, please allow 5-10 working days for delivery.

Do you offer free shipping?

What are your inserts/ blankets made of?

Answer: Down is the light, fluffy coating beneath the feathers of ducks and geese. Each down cluster is made from thousands of tiny fibers, like little cotton balls between the bird’s skin and feathers. Ounce per ounce down is the most efficient insulator for bedding products. It is not only lighter weight, but also has the unique ability to “breathe”, allowing excess heat and humidity to escape and allowing you to reach an ideal temperature. Down clusters are naturally very durable, it is not uncommon for people to use a down bedding item for a dozen years or more before replacing it. Down is also naturally flame retardant, making it an excellent choice for safe sleeping.

What certifications do you have?

What's the difference between the inserts/blankets?

Answer: Our down duvets are made from down and feathers, while our cotton duvets are made from cotton. Our alternative down is made from a synthetic fiber called siliconized hollow fiber. All three are encased in 100% cotton sateen for a cool, breathable experience. The down duvet will give a 'poofier' feel, similar to a 5-star hotel bed, while the cotton duvet has a weightier, thinner feel. The alternative down insert mimics the down feeling. If you are allergic to feathers and prefer a hypoallergenic duvet, the cotton or alternative down duvet is more suitable. It is also more economical compared to the down duvet. However, if you're looking for that 'cloud-like' sleep experience, the down duvet is the way to go. Our blanket is much thinner, meant for light coverage (without airconditioning). For further information, please refer to our comparison table.

Why does my down duvet crinkle?

Answer: Don’t worry, this is completely normal! That crinkly noise of the duvet is due to the downproof cotton casing, which prevents the feathers from escaping. With gradual use over time, these threads will eventually soften up, and the crinkly sound will reduce gradually. However, if the noise bothers you, do opt for our cotton duvet inserts instead.

How do I wash my duvet?

Answer: You do not need to wash your duvet regularly as it is protected by the duvet cover. Down duvet: Spot cleaning is recommended for small stains with mild soap and water. You should dry-clean your duvet only if absolutely necessary as it will shorten the lifespan of the duvet. Do not bleach. Fluff regularly for even fill distribution. Cotton duvet: Dry clean as machine washing may result in shrinkage. Alternative down duvets: Machine washable, although the alternative down duvets are easier to dry. Hang to dry or put into a dryer for a fluffier outcome. We recommend washing the duvet cover instead of the duvets. Blankets: Machine wash on a gentle cycle, tumble dry with low heat.

I can't believe i never knew what Tencel felt like. These are literally life changing. So soft and silky, its like sleeping on a cloud. Thanks for introducing these sheets to me

I had ordered a King and Queen Tencel bedsheet both amounting to approximately RM1k.

The ordering process is seamless where i WhatsApp Kapas with some enquiry on Tencel bedsheet followed by online order. The team had arranged an immediate despatch of the orders as per my request via WhatsApp. Both bedsheet was received within an hour upon placing the order. The experience is great without the need to travel and purchase physically or even ordering from Shopee which needs to wait for few days for the delivery.

Although I heard great reviews on Tencel bedsheet with positive feedback from my family members who is using it, I was initially skeptical on Kapas Tencel quality given it’s a local start-up since 2019 in contrast with other more established brands like Hooga or Akemi and Tencel bedsheet generally is not cheap! However, upon receiving the bedsheet the quality was silky and awesome. Both my 4 yo and 9yo daughters had slept through the night without air conditioning for continuous 1 week till now in contrast to the previous cotton bedsheet where they would be awake mid night sweating due to the heat. I do not regret of my purchase as it’s worth the price. (Cheaper electricity consumption without a/c)

After a week receiving the order, I noticed there is a small defect (small hole on one of the queen size bedsheet). I had then WhatsApp Kapas team and provided them with the photo. Without hesitation or denial of liability , Kapas had arrange their staff to pick up and exchange the bedsheet the next day and WhatsApp the subsequent day to check if everything is okay.

Kudos with your after sales service!

Exactly what i was hoping for. So so silky soft and smooth. Looks great - i love the colour!! I highly recommend this brand - i also got the towels and cotton set and i couldnt be happier. 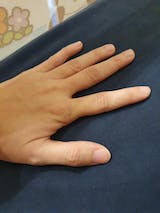 Love the quality of the material. The tencel set is very soft and not hot at all. Looking forward to get some more sheets. Delivery was really fast. Packaging was amazing too. Thank you xx

For purchases above RM150 (WM)